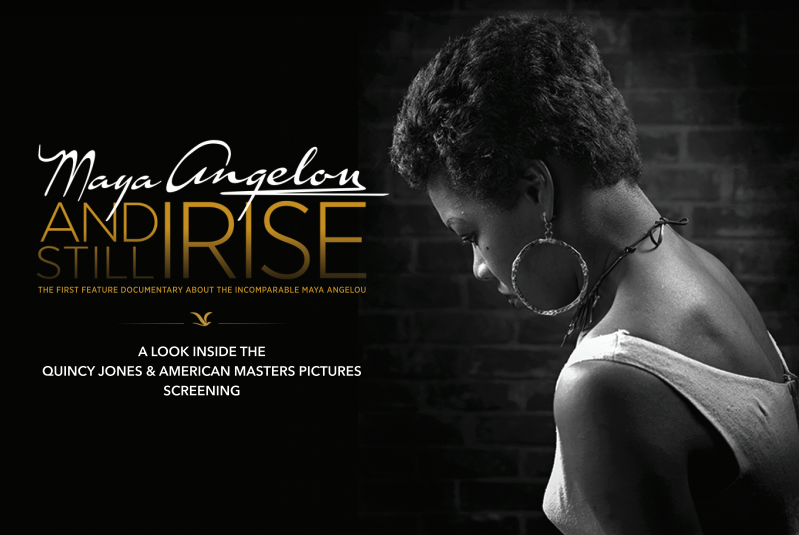 As we revel in the Awards from the Grammy’s, celebrating the sounds of music, we remember our Matriarch describing a music man to whom we pay tribute: Quincy Jones.

Several years ago as we neared the awards, Maya Angelou said of Quincy Jones, “Quincy Jones has more Grammys than any other winner with 27 awards and counting. Q, my own dear sweet brother and friend.”

Since that statement George Solti, an operatic conductor was awarded 31 Grammys and Alison Krauss an American bluegrass-country singer and musician, has tied Quincy Jones.  “Q” has been fortunate to have 27 Grammy Awards and 79 nominations.

Recently, the Angelou Johnson family, the production crew and executive producers of the documentary Maya Angelou: And Still I Rise celebrated a screening of the documentary with the music man, Q himself.  We offer many thanks to the William Morris Agency for allowing us to screen the film in their Los Angeles screening room. It was a grand night; take a look!