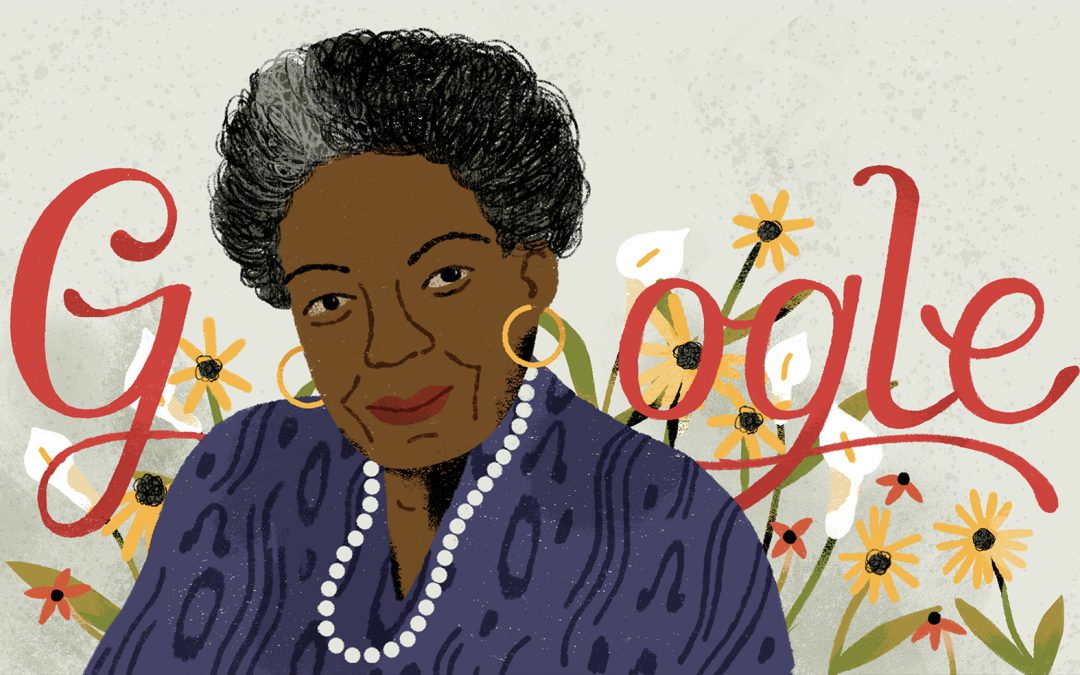 In a life rich with experiences and stories, author, poet, memoirist, and activist Dr. Maya Angelou touched the lives of millions around the globe through her teachings, her writings, her voice, and her actions.

Born Marguerite Annie Johnson in 1928, her incredible story began with tragedy when a sexual assault at the age of seven rendered her mute for five years. During those years, however, books and poetry became her solace and constant companions, eventually helping her find her voice again to embark upon an intellectual and creative journey that defies description.

In her her teens and early adult life Dr. Angelou saw more experiences than many do in a lifetime: from motherhood, to becoming San Francisco’s first female and black streetcar conductor, to touring the world as a cast member of the opera Porgy and Bess — all while mastering several languages. She sang and danced in professional cabarets, worked as a journalist in Africa, and became one of the most prominent civil rights activists of her generation.

The success of her first book, “I Know Why the Caged Bird Sings,” in 1969 brought her mainstream attention as an author. Six other autobiographical works followed, in addition to poetry, children’s literature, and non-fiction (even cookbooks!).

Through her works, Dr. Angelou gave a voice to millions. She championed women’s rights and gender equality. She redefined black beauty and celebrated African-American oral traditions. She advocated against war and campaigned for universal peace.

She was also the recipient of numerous honors during her lifetime. She became the first poet to make an inaugural recitation in three decades when Bill Clinton became President in 1992. Her vast impact on popular culture was also felt through a host of award nominations, public accolades, and more than 50 honorary degrees.

Today’s video Doodle celebrates Dr. Maya Angelou on what would have been her 90th birthday. Set to her poem “Still I Rise,” the Doodle includes her own voice along with the voices of other individuals whose lives she has inspired, and who aspire to live by her legacy today.

As we spend what would have been my mother’s ninetieth birthday, I think of her melodious tones speaking about the need for tolerance, understanding, forgiveness and love.  My mother’s perspective was that human beings being social animals are strongest when they are unified. She saw hatred and greed, not only as divisive, but as the forces of evil.  She recognized that unlike the positive virtues, neither greed nor hatred have to be taught; they come naturally and have to be untaught in order to free their possessor of their hefty weight and baggage.  She saw one of our greatest challenges was learning to love ourselves, then having the courage and the wisdom to love others. She often said, “We don’t know how or why love occurs. Truthfully, we don’t know that gravity isn’t a kind of love.”  She felt that love was one of the most important emotions and was an instrumental key to unlocking the inner doors of our ignorance and fear.

My mother’s principal message was of inclusiveness; that despite our ethnic, religious and cultural differences, we are more alike than unalike.  She saw all our differences in language, orientation and perspective as an indication of the richness of our imagination and creativity, and as elements of our nature that we should celebrate.  She believed that we are all images of God, no matter how we look or what name we used to call upon the Divine and Sacred Being.

She saw that the world was in need of our attention and effort; from the hunger and poverty that is present in so many countries, to our wars, internecine conflicts and indiscriminate terroristic acts, to the destructive pollution, deforestation and the reduction of the biodiversity of the life forms around us.  Our planet is crying out for help. My mother would say, ‘Don’t just complain about the problems you see and do nothing; roll up your sleeves and get to work finding solutions and remedies. We do a disservice to our children and the future by not addressing the problems that confront us. Nor should our efforts for change be thwarted or stifled by the obstacles arrayed against us.  We must steel ourselves with courage and perseverance and battle on for what is right.” For my mother the most important virtue was for courage, because without courage none of the other virtues can be used consistently.

My mother did not herself go to college to pursue a degree. (Although as she rose in stature as a public figure she was awarded Honorary Doctorates by more than fifty major universities and colleges,) Nonetheless, education was extremely important to her; to that end she was a voracious reader, consuming two to three books a week from the time she was a teenager until her vision failed in her eighties.  She used to ask me, “Can you imagine what the world would be like if every child on earth had access to a good education and was allowed to let their inner light glow? Oh, we would have the cure to cancer and remedies to most of the major problems that confront us. The knowledge that would be generated by that level of brain power would give us access to the stars, the universe as well as our dreams.”

My mother’s assessment of human beings was that we were neither gods nor demons, but that we carried elements of both within ourselves; that the onus was upon each of us to control the demons of anger, jealousy and hate and find the spirit of a caring and forgiving God within our souls. 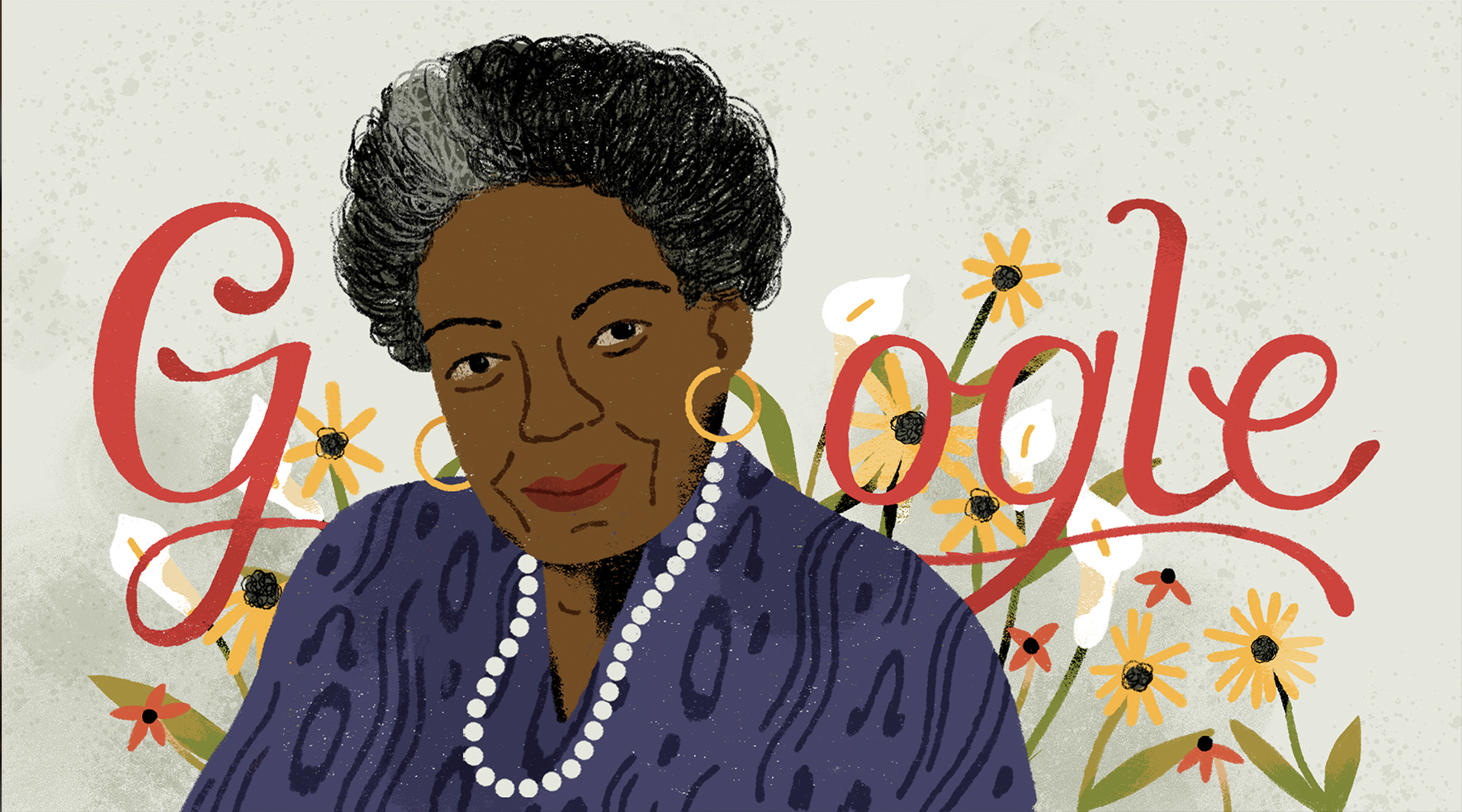 Today’s #GoogleDoodle celebrates Dr. Maya Angelou’s 90th birthday! Set to her poem #StillIRise, the video Doodle includes her own voice along with the voices of other individuals whose lives she has inspired.

Today would have been Dr. Maya Angelou’s 90th birthday. Her influence is commemorated in today’s Google Doodle where the voices of Alicia Keys, America Ferrera, Martina McBride, Guy Johnson, Laverne Cox and Oprah Winfrey join to recite her poem “Still I Rise”. Thank you for remembering Dr. Maya Angelou!

Happy Birthday Dr. Maya Angelou. I'm grateful for the time I got to spend with you while you were here on this earth. Your words touched my soul and changed my life. Much love. pic.twitter.com/yNWmUR11Mk

Maya Angelou, #BornOnThisDay, did not shy away from speaking up for what she believed in. Let's echo her words today & every day to achieve a more a gender-equal world. pic.twitter.com/IpGBsrtfQ9

"If a human being dares to be bigger than the condition into which she or he is born, it means so can YOU." Today we honor the late #MayaAngelou on what would have been her 90th birthday. Your powerful legacy and words live on with us forever. pic.twitter.com/dBwLIzkL9K

I count myself blessed to be chosen to be a part of this beautiful tribute to Dr. Angelou on this special day. Being around her was powerful and inspiring and I am forever grateful for the time I got to spend with her. #GoogleDoodle #StillIRise #sponsored 🔗 in bio!

We also honor and celebrate Maya Angelou on her 90th birthday. “When you learn, teach. When you get, give.” #shondalandhttps://t.co/HnWf40gcX7

“There is no greater agony than bearing an untold story inside you.” Maya Angelou would have been 90 today pic.twitter.com/wsYJDSorNE

Dr. Maya Angelou's work is filled with such incredible wisdom and spiritual teachings. It feels like the ultimate privilege to have the opportunity to speak her words. She is a national treasure we should always celebrate. @Google, https://goo.gl/sBtDRF #GoogleDoodle #StillIRise #sponsored

Today WE RISE in celebration of the great Maya Angelou’s birthday!! This woman is true pioneer and warrior of humankind on so many levels 🙌🏽🙌🏽Not only did she break ceilings as a creative storyteller, poet, and novelist, but she paved the way for millions as a civil rights activist, powerful example of a woman, educator, and beyond 🌟🌟 She took life's challenges and channeled them into beautiful works of art which gave strength and power to so many of us. Her words and life will forever inspire me as an artist and woman 🙏🏽🙏🏽 Happy 90th Birthday Maya 💜💫 #StilliRise #PowerfulWomen #Pioneer #MayaAngelou

Dr. #MayaAngelou, the original #PhenomenalWoman, would’ve been 90 years-old today. An iconic poet, author and civil rights leader, she taught us women will be seen, heard and that #wewillrise ❤️ pic.twitter.com/nQyVwoXjGI